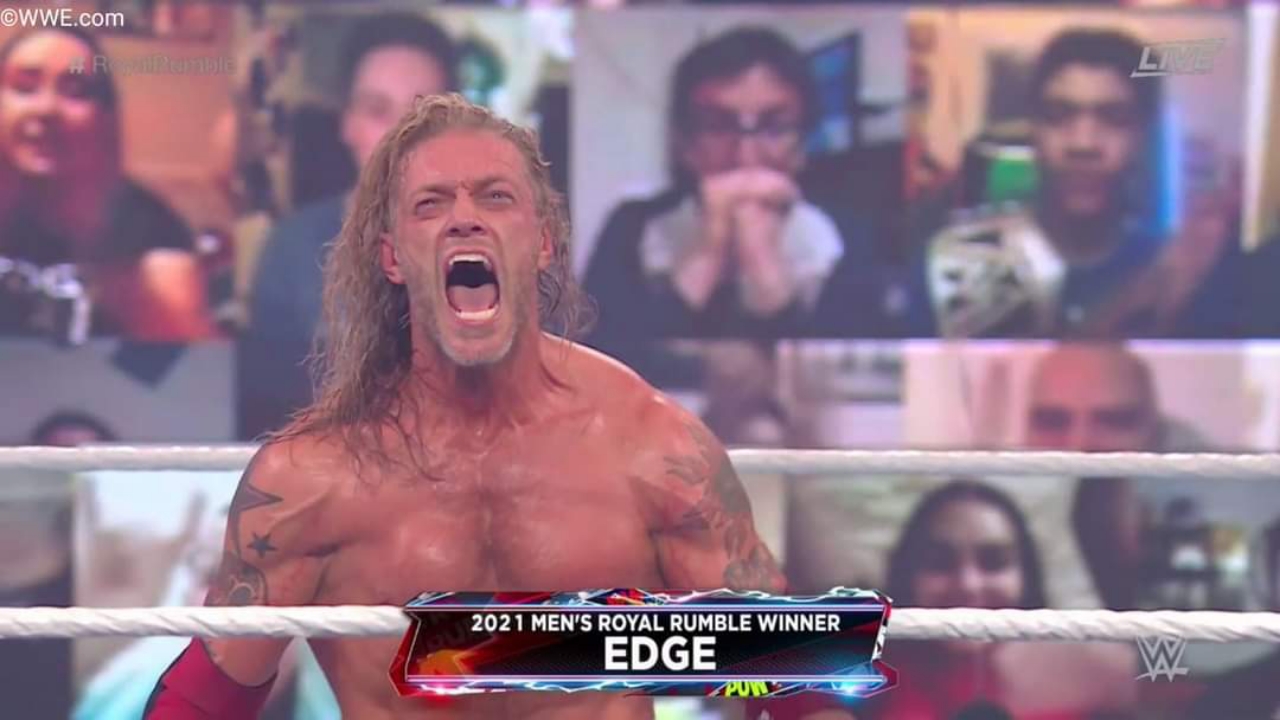 Edge responds to fan criticism after winning the Royal Rumble 2021 Edge assures that he cannot control people’s opinion but he can control his physique so as not to make a fool of himself every time he goes to get into the ring Explain what kind of story could develop with each current champion in WWE.

WWE Hall of Famer and 2021 Royal Rumble winner Edge was interviewed by Corey Graves for WWE After The Bell. During the conversation, ‘The Ultimate Oportunist’ spoke about his goals in WWE after returning again. (* Transcript courtesy of WrestlingINC.

Edge referred to the criticism he has received from some fans about winning the Royal Rumble at the age of 47 and assured that it is not something that worries him. He commented that his main objective when returning to the company is to tell great stories and share the ring with talents he has never faced before.

“All I can control is trying to be in the best physical shape that I can be in,” Edge said. “I’m hammering myself in the gym so that at least I can move well and not make a fool of myself by getting in the ring. That’s all I can control. ”

“I can’t control people’s opinions,” he said. “What I want to do is go back and tell how a story is told and tell it with various dance partners. If those dance partners can get something new and good out of it, that’s my goal. ”

Edge also spoke about some of the talents he would like to step into the ring with now that he’s back in action. He assured that he wants to teach this new generation a different aspect of wrestling that he learned during 4 decades.

“I want to get in the ring with guys like Cesaro,” Edge said. “(…) also with people like Matt Riddle and so many others that I’m really excited to be able to fight and that’s part of the reason I wanted to come back. Somehow, I’ve been able to fight in almost four decades, with a lot of very different fighters from each other.

I want to be able to teach everything I learned during my career to this whole new generation. ” Edge provided an update on what he plans to do now that he’s back. He also reiterated that he wants to help talent to tell stories and leave the business better than when they arrived.

“I just want if a talent sees that they will face me, they think that it will be something exciting and not how difficult it could be to be sharing the ring with me,” said Edge. “I don’t want to get to that stage, I’ll leave before that. that happens. In the end I came back to try and tell some great stories.

If I can impart some kind of wisdom or experience, after having dedicated myself to this for 29 years, then I will have fulfilled my goal. I want to leave this better than when I entered. ” Edge also talked about who he will face at WrestleMania. While he said the plan for WWE’s grand event has yet to be decided, he likes what he sees regarding his potential matchups.