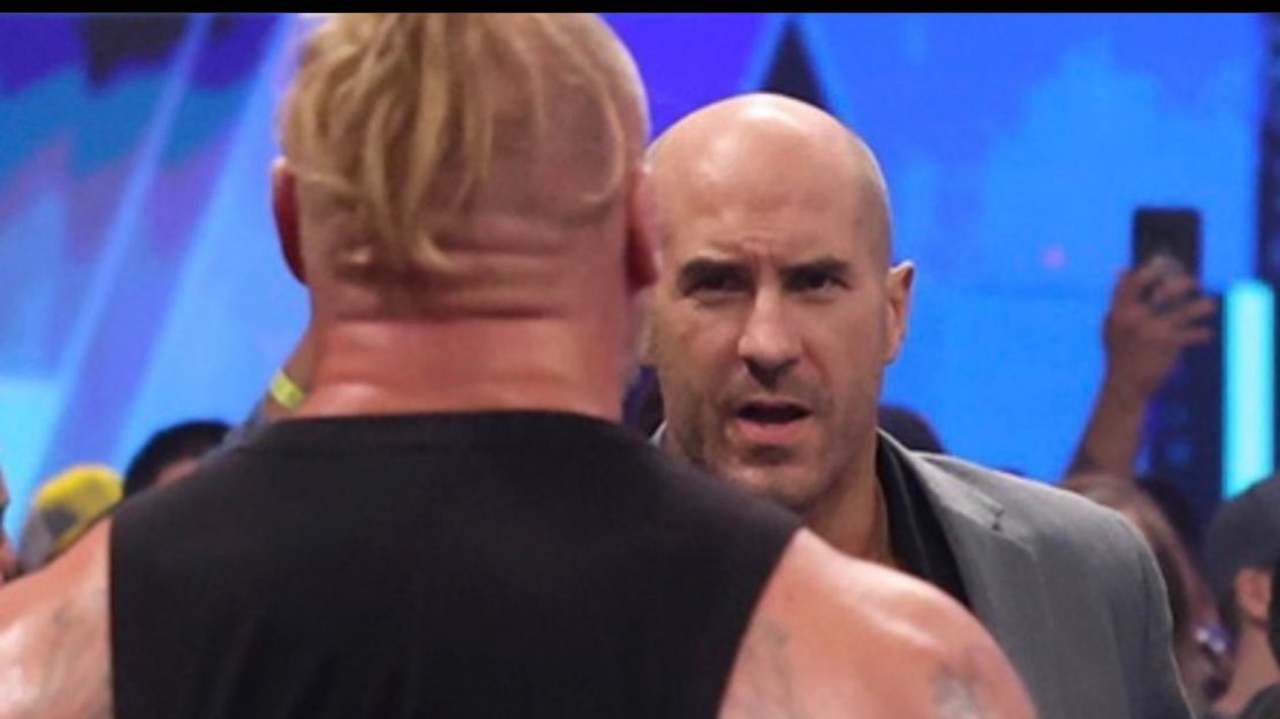 Last week’s WWE SmackDown began with Tribal Chief Roman Reigns and Paul Heyman where Roman spoke about his match with Brock Lesnar at Crown Jewel and how he defended the Universal Title by smashing the Beast and saying he He is the Greatest Universal Champion of all time.

.@WWERomanReigns celebrates his victory over @BrockLesnar by defying the threat of The Beast. #SmackDown pic.twitter.com/DBiWkOsA0J

Reigns told his personal council, Paul Heyman, that I heard Brock said something about me after Crown Jewel, then Heyman read Brock’s message in which Lesnar said that “The moment I arrive at SmackDown, I will beat Roman Reigns senseless. Then Reigns challenged Brock and said I am not afraid of you and even after you come, I will not leave the ring, then Brock came and he attacked Roman Reigns as well as he attacked Camera Man and WWE Officials, then there were a lot of SmackDown Superstars who came to stop Brock, one of them was Cesaro, he tried to calm down Brock. Adam Pearce then suspended Brock Lesnar from WWE for indefinitely.

In the wake of Universal Champion @WWERomanReigns’ underhanded victory over @BrockLesnar at #WWECrownJewel, the irate Beast returns to #SmackDown looking for payback. pic.twitter.com/MBfvzpfL39

After the show end Cesaro went to twitter & shared a photo of the beast with him ,following Brock’ attack on SmackDown superstars Cesaro wrote “Hey big guy, sun’s getting real low…

Fans are speculating with this that   maybe we can get to see the match of Cesaro vs Brock Lesnar in the upcoming times. If that happens, it will be a good push for Cesaro’s WWE career as fighting Brock is a big deal itself, WWE had booked Cesaro for the Universal Title against Reigns even before SummerSlam , although the bad luck of Cesaro was that he did not succeed in winning that match.

Love how after Brock Lesnar was finished destroying almost everyone, Cesaro was the one to calm him down.

Well, if we talk about Brock Lesnar, then his match at WWE Crown Jewel was not fair and the match ended in a somewhat controversial way like Usos attacking him & there was no official while he covers on Roman, it seems that he has unfinished business with Roman Reigns right now and in the coming big events like WrestleMania, we will get to see Roman Reigns vs Brock Lesnar match once again, so we will have to wait a long time for Cesaro vs The Beast match.