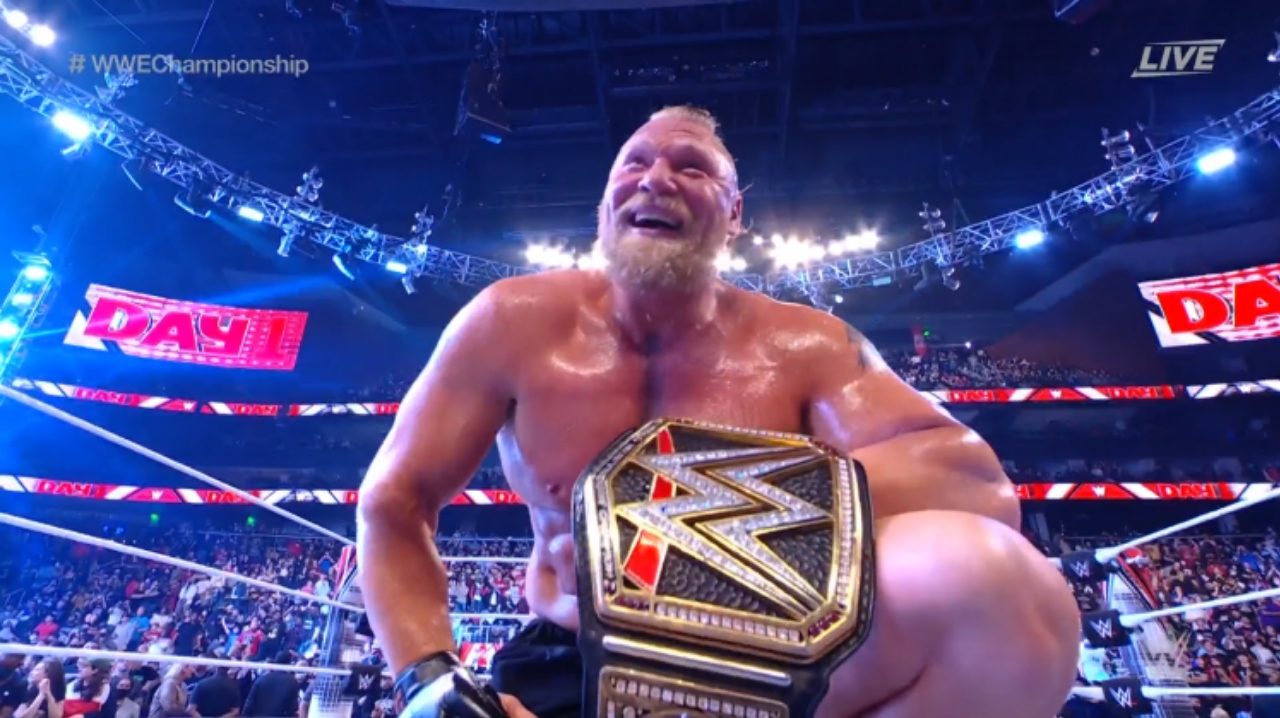 During the Day 1 2022 broadcasts on WWE Network and Peacock, superstar Brock Lesnar won the WWE Championship after defeating Big E, Kevin Owens, Bobby Lashley and Seth Rollins in a fatal 5-way. This was the main matchup of the New Year’s pay-per-view event in Atlanta.

“The Beast” soon gained control with various Suplexes over Owens and Rollins until he was stopped by Big E. “The Architect” and “K.O.” they were dominant thanks to their teamwork. After several moments of fighting, Big E was thrown to the canvas with a second F5 and Lesnar took the victory by the count of three.

An absolutely CHAOTIC start to this #WWEChampionship #Fatal5Way Match!

In this way, Brock Lesnar wins the WWE Championship for the sixth time in his career. Big E ends a 110-day reign and five successful defenses that began on Monday Night RAW. “The Powerhouse of Positivity” defeated Bobby Lashley on September 13, 2020 after redeeming his Money in the Bank briefcase to lift his first world-class belt within the company. Brock Lesnar was announced at the last minute Moments before the pay-per-view, WWE announced the discharge of Roman Reigns after testing positive for COVID-19.

It was only a few moments before the company chose to keep its rival Brock Lesnar on the show’s billboard. “The Beast” was placed in the fight for the WWE Championship as a surprise entrant thanks to his free agent status.