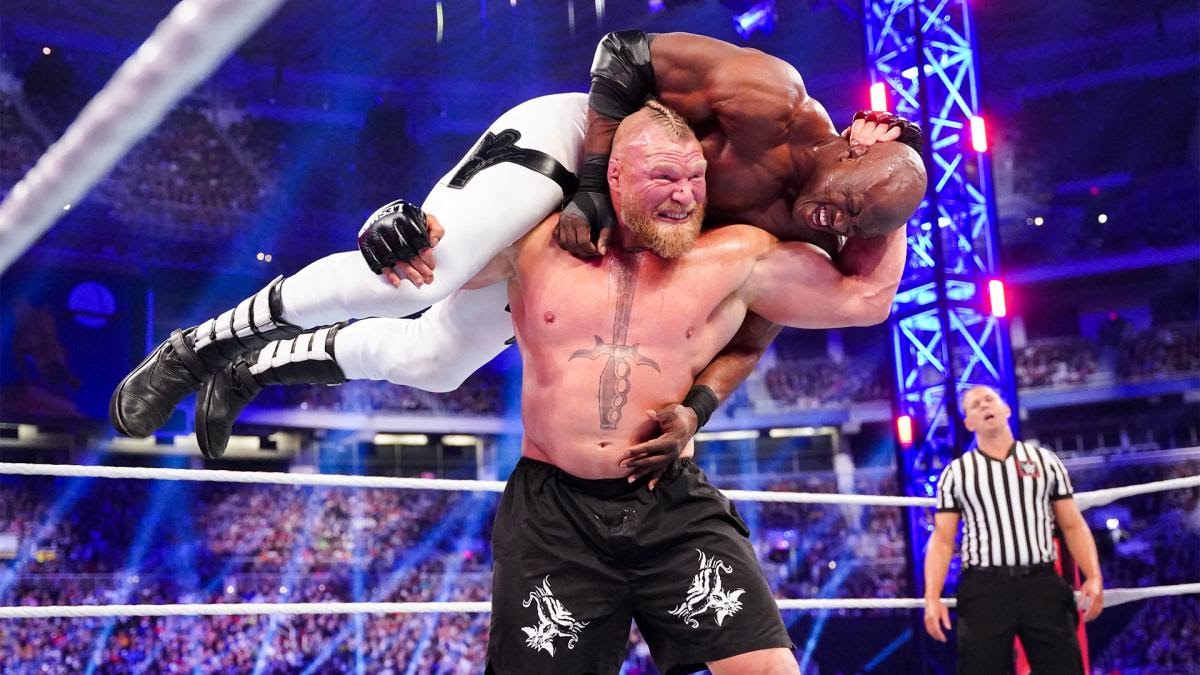 Bobby Lashley is out of action due to a legitimate shoulder injury sustained during his match with Brock Lesnar at Royal Rumble 2022. Now Lashley is trying to get medical clearance to compete in MSG against Brock Lesnar & WrestleMania.

‘The All Mighty’ was scheduled to defend the WWE World Championship at this year’s Elimination Chamber held in Saudi Arabia, but due to his injury an angle was raised during the match for Lashley to be removed from the match and lose his title without any physical interaction.

After this, it became known Bobby’s injury and that the recovery time for his shoulder could take several months, although WWE provided a medical update in which it was ensured that the fighter had suffered a concussion.

Recently ‘The All Mighty’ was eliminated from the special event to be held at Madison Square Garden (MSG) on March 5 where a rematch against Brock Lesnar was announced, although this could change according to recent reports.

This one is special. Watch the link below to celebrate #BHM with @WWEBigE, @TrueKofi, @ByronSaxton and I, as your @WWE Champions of the Modern Era! 👊🏾https://t.co/jPJYOHnqyc pic.twitter.com/hcKId9BGs7

Bobby Lashley would be trying to get medical clearance for Wrestlemania ‘The All Mighty’ lost the WWE World Championship in Elimination Chamber without being able to participate in the match The exact recovery time of Lashley’s injury is unknown.

According to the RingsideNews web portal, Bobby Lashley would be trying to get medical authorization to be able to compete not only in this year’s Wrestlemania but also in the event that will be held at MSG, in addition, the former WWE champion recently went to be tested in your shoulder to determine the severity of your injury.

It is worth mentioning that Bobby Lashley does not yet have a match scheduled for Wrestlemania.
WWE WrestleMania 38 will take place on April 2 and 3, 2022 at the AT&T Stadium in Arlington, Texas, a few minutes from Dallas.

Fans will be able to witness both nights of the great event from the stands, or through its exclusive transmission for WWE Network and Peacock in the United States.

Roman Reigns (u) vs. Brock Lesnar(W) both title unification match

Team Logan Paul and The Miz vs. Rey Mysterio and Dominic Mysterio