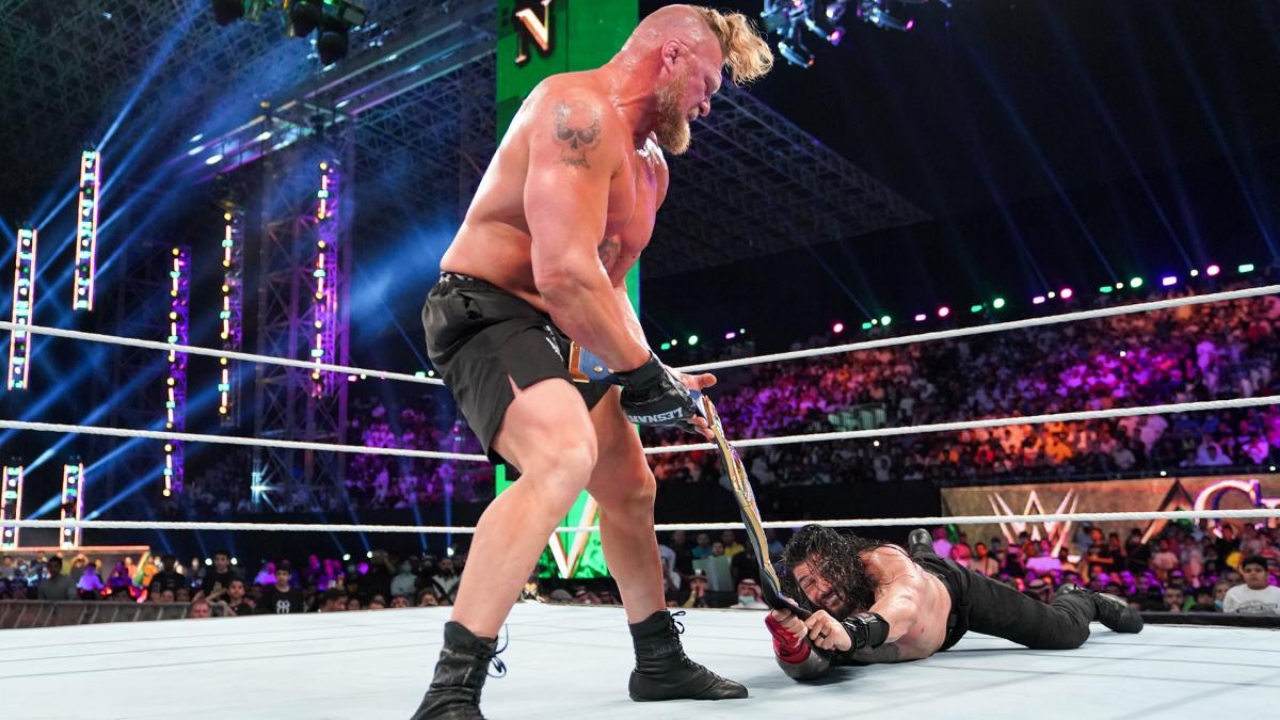 Brock Lesnar returned into WWE after a long absence at Summer Slam this year and challenged Roman Reigns since then, their rivalry has been going on & the two clashed at Crown Jewel in Saudi Arabia Where Brock failed to defeat Roman Reigns due to an interference from The Usos, the result of which was that WWE booked this rematch between the two at Day 1.

Speaking facts about everyone, every week on MY show. #Smackdown https://t.co/wIzrcFSCy6

Recently published Dave Meltzer reports suggest that Day 1 match between Roman and Brock will not be the last match, they have prepared a big finish of this match so that we will also get to see Roman Reigns vs Brock Lesnar match at WrestleMania 38.

”At this point, Reigns vs. Lesnar is scheduled to be a match designed to have a big finish that would leave people wanting a rematch, which at this point would be the WrestleMania main event.”

Meltzer hasn’t told anyone about clear betting here, which is what people are speculating, once again we can get to see the controversial finish of the match like Crown Jewel, which the fans would not like to see at all, so Meltzer made his first It has been told in the reports that Brock Lesnar can win this match and Paul Heyman can play a big role in this, he can support Lesnar and such a thing will set up a rematch for Wrestlemania between the two, which Roman will win again.

No rumors. No lies. Only facts.
Any universe I exist in belongs to me. #Smackdown https://t.co/vQXcX6PoOL

And the second aspect of this match is that Reigns is built as a monster heel of the company, as if at some point Lesnar was there, it is less likely that Roman will lose this match as well as he is near to break longest regining universal champion record, Brock could again win the Royal Rumble and rout Roman Reigns for the Universal Championship.

How do you think this match will end, will we get to see a new champion on Day 1 or will the Roman Reigns rule continue?