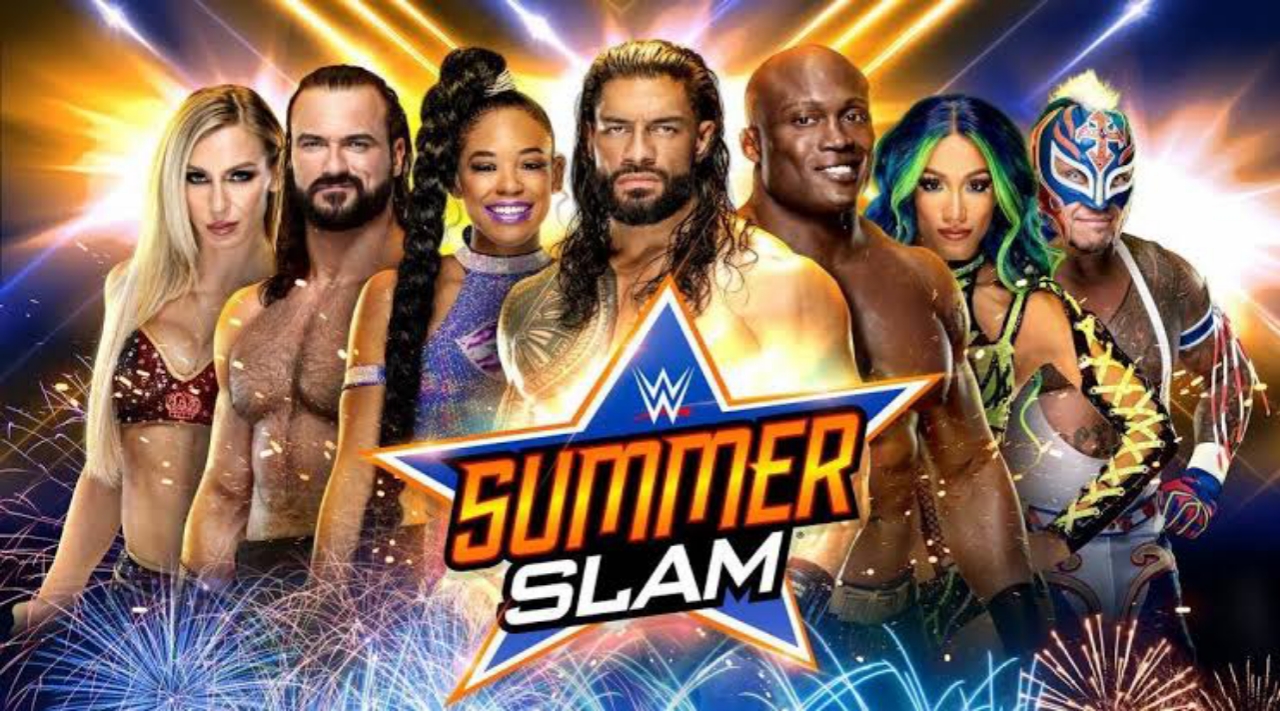 WWE fears the cancellation of SummerSlam in Las Vegas due to the increase in COVID-19 cases in USA. WWE could turn to the Performance Center and Thunderdome scenery in a few weeks if the situation worsens Allegiant Stadium will require the use of a mask during the SummerSlam event.

WWE  SummerSlam 2021 will take place  on August 21 in Las Vegas, Nevada. It is a complicated event, due to the day (Saturday) and the competition that night will have with boxing. WWE will organise SummerSlam as this year’s WrestleMania . All prepration are almost complete. Most matches are announced. However, the company has put all the meat on the grill announcing the fight between Roman Reigns and John Cena.

The entire plan could be ruined due to the recent news arriving from the United States in relation to the COVID-19 pandemic. According to Cassidy Haynes of Bodyslam.net, the increase in infections could cause WWE to eventually have to return to the Performance Center to perform their shows and use ThunderDome technology again. Here is what Cassidy Haynes said

“While speaking to sources within WWE, they told me that internally they hope to have to return to the Performance Center or another venue to use the ThunderDome in a couple of weeks,” Haynes wrote. “Also, sources told me that the feeling internally is that SummerSlam may be canceled. The feeling is that the company fully expects that they will not be on the road in four weeks, as there is concern about ‘how they will be able to proceed in a non-environment. contents’.

The United States is experiencing a new wave of covid-19 right now. Nevada, the state where SummerSlam will be held, is not one of the most influential. For example, Florida is multiplying by 20 cases right now, but the trend across the country is up. The Allegiant Stadium Twitter account, where SummerSlam will be held, continues to announce other shows in the near future. In the last hours they have informed the SummerSlam public that they must wear a mask throughout the show. Journalist Jon Alba, related to wrestling due to his news about WWE and AEW, has expressed his opinion about the pandemic in recent hours.

Before everyone keeps twisting my words. This piece is about them being worried internally and working on back up plans in case the worst happens. I never said summerslam was cancelled. I said there is internally worry about how it could be if things don’t get better.

“The COVID testing in Florida is a real nightmare right now. As bad as over a year ago. We find ourselves in this crazy situation once again,”

In a recent post Wrestle Votes stated the following statement Source says SummerSlam happening at Allegiant Stadium is still the plan, with the event being just 2 weeks out. WWE has had conversations with the city and venue, and as of this very moment, all things remain on track.

Source says SummerSlam happening at Allegiant Stadium is still the plan, with the event being just 2 weeks out. WWE has had conversations with the city and venue, and as of this very moment, all things remain on track.