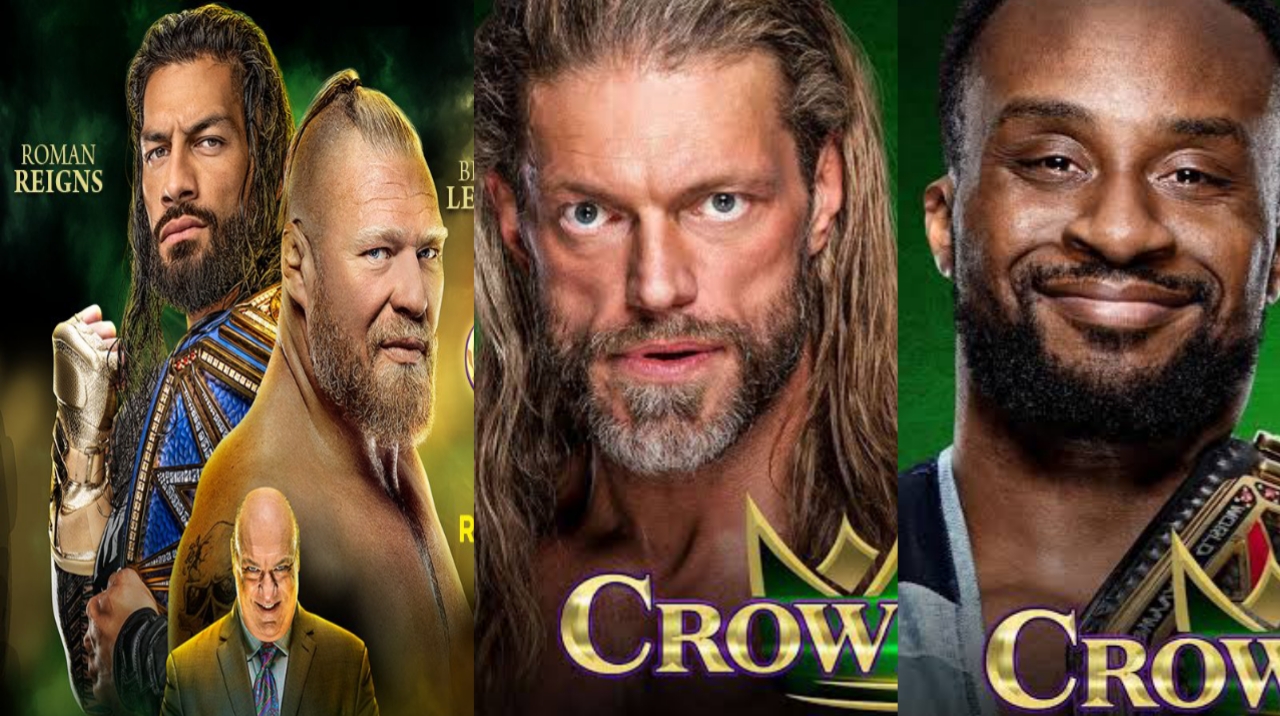 We are less than one week away from WWE’ next big PPV Crown Jewel 2021 . WWE has officially announced almost all the matches for this pay per view. Crown Jewel 2021 will see us in action with big superstars like Roman Reigns, Goldberg, Brock Lesnar, Bobby Lashley, Becky Lynch etc. Betonline has released the latest figures for the betting odds of Crown Jewel 2021.

If betting odds are to be believed, we will not see any title change happening. Let’s take a look at the betting odds for those who are not very familiar with them, that’s all I would like to say that negative numbers in the odds mean that the superstar has more chances to win.

Talking about the Universal Title match between Roman Reigns and Brock Lesnar, according to many media reports, we will not see Brock on WWE TV after Crown Jewel, so his chances of winning the Universal Championship match are less and betting odds are also indicating the same thing. Roman Reigns (-200) is favorite to win against Brock Lesnar (+150) .The Beast has been advertised the next year’s Royal Rumble event after Crown Jewel.

Witness the start of the Road to #WrestleMania at #RoyalRumble! Tickets are available NOW using presale code: TWEETS https://t.co/BXXJfoTfoJ pic.twitter.com/Ulr9nkfsAb

If we talk about the WWE Championship match, then it will be between current champion Big E and former champion Drew Mcintyre.Mcintyre has been drafted to SmackDown, so there is no point in winning this title and this match is completely predictable in which Big E will successfully defend his title. Big E (-550) Drew Mcintyre (+325).

Goldberg will fight against Bobby Laahley in his Sumterslam rematch ,This will be a no holds barred match This match is expected to run long . In this match we will get to see some ups and downs according to the betting odds Goldberg hasn’t had a good winning record in Saudi Arabia but this time he can defeat the former Almighty champion Lashley .Goldberg (-300) Bobby Lashley(+200)

Seth Rollins will have a Hell in a Cell match at WWE Crown Jewel against Edge.In the WWE Super SmackDown, Seth Rollins had ruined Edge’s condition and Edge had to be admitted into the hospital. Edge would like to take his revenge by winning this match. Edge (-350) Seth Rollins (+ 225)

Crown Jewel’s biggest surprise we will get to see in the No Holds Barred match between Mansoor and Mustafa Ali where according to the betting odds Mansoor will be the clear winner of this match and when it comes to numbers, the maximum gap has been observed in such a match. Mansoor (-1000) Mustafa Ali(+500).

The WWE SmackDown Women’s Title match will be between the current champion Becky Lynch vs Bianca Balir vs Sasha Banks, the boss has been drafted to SmackDown, so his chances of winning are negligible, so Becky Lynch  can be seen defending her title successfully. Becky Lynch (-200) Sasha Banks (+250) Bianca Beller (+180).