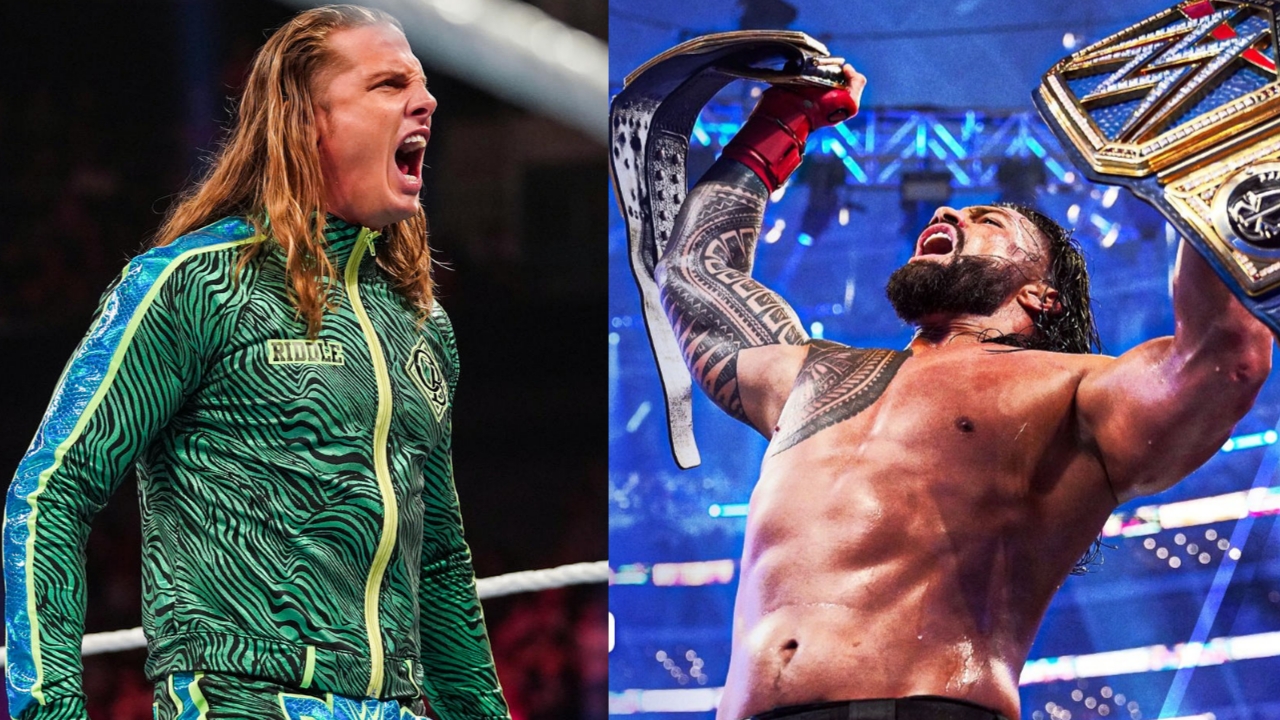 Riddle was one of the protagonists of the last episode of Monday Night Raw. He opened the show with a great promo, referring to Randy Orton and the Usos,he comments on Roman Reigns as A Tribal piece of trash .

RK-Bro has been the guaranteed success of Raw shows in recent months. Every time Randy Orton and Riddle appear, the public goes crazy. That magic probably wouldn’t have happened without The Viper’s input, but Riddle has been an essential part of Randy Orton’s ‘rebirth’.

He has managed to find a balance between his cheekiness, humor, fighting style and understanding of the game, and the public loves him. Currently, there is a lot of talk about the problem of WWE in relation to the position of contender for the unified Championship of Roman Reigns.

.@WWEUsos battled #RKBro on Friday Night #SmackDown in a historic Tag Team Unification Challenge as their cousin @WWERomanReigns came to their aid pic.twitter.com/Pw9unW5wu8

His title match against Drew McIntyre is rumored to take place at Clash at The Castle in September, but until then there’s a big gap. Dave Meltzer was one of the first to mention the possibility of using RK-Bro as the impasse until that happens, something that could now be seen with good eyes.

WWE has a good roster, but it was drastically reduced with departures in the pandemic stage. The positive part of all this is that most talents have space on television. The negative part is that an unforeseen event, like that of Sasha Banks and Naomi, can disrupt all your plans. In the case of men it is different, due to the magnitude of Reigns.

Right now, there is almost no one who can touch the sole of his shoes and few credible rivals who can perform the function of a contender with guarantees.

Another thing is that we believe that he has options to beat the champion. Maybe yes, later, but Riddle first and Randy Orton later, at SummerSlam, would be the best options on the table so that we have a great summer in WWE, with the end of Cardiff’s party.